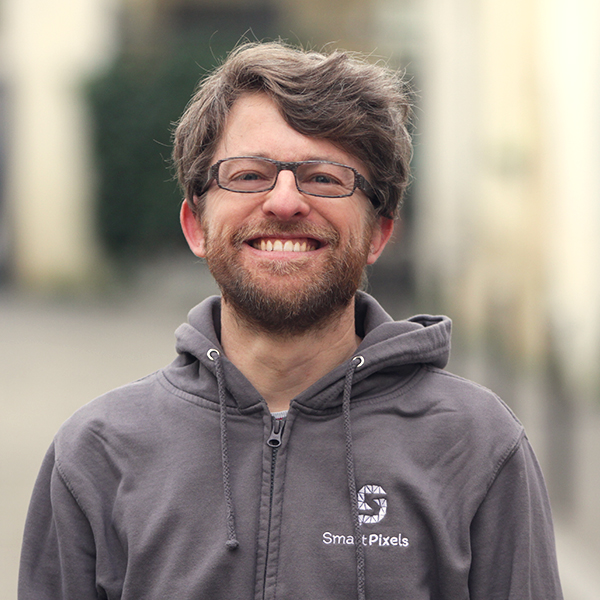 Sébastien is a senior developer at SmartPixels. He can talk to computers in C and C++ as well as in higher level languages like C# and Python.

Sébastien worked for more than 8 years in the Simulation & Virtual Reality department at Diginext. He worked both for Defense and Industry. Prior to this job he was a software engineer at Mechdyne after coming back from Montreal, QC, Canada where he helped starting up a company: Immervision.

Sébastien earned a postgraduate degree in computer graphics from Université Aix-Marseille and ENSAM.